Some of you will know that I have recently taken the giant step of leaving my 9-5 job and taken up the cudgel of trying to earn a living as a freelance writer.  It’s all I’ve ever wanted to do, but due to the complexities of life I’ve never managed it.

So what changed?  Have I suddenly acquired a private income?  Won the lottery? No.  I’ve just realised that at my advanced age (I’m 46), I’m running out of time!  I have family backing (emotional and, to some degree, financial) and now’s the time.

One thing I’ve never had any doubts about it is my skill in writing.  I can craft a good, readable, well thought out article, opinion piece, blurb, you name it.  What I’ve always been very bad at is the marketing side of things.  I know my work is of good quality but can I put that across to anyone else?  Doesn’t it sound like boasting?  One doesn’t want to blow one’s own trumpet (in a frightfully British kind of way).  And yet, if it were a friend or colleague’s work I wouldn’t hesitate to recommend and do everything I could to promote it.

I’ve been volunteering as a writer an sub-editor for Women’s Views on News for over four years.  I started out on general news, graduating into my specialism of women’s sport.  I’m so grateful to WVoN for giving me my first writing chance and they will always be top of my list if I’m volunteering, but if I want more exposure (and possibly payment) what do I do?

There are some incredible (unpaid) women’s sport writing opportunities out there.  I could write all day, every day, about women’s sport, cricket, the politics of sport, equality, media coverage, misogyny and sexism, etc.  But who is going to pay me to do it?  The print media continues to be supremely uninterested in women’s sport – I could turn out an interesting, thought-provoking weekly column at the drop of a hat, but no-one’s ever going to ask me.  Is it worth me even pitching the idea?  If Anna Kessel can do it at the Guardian, why can’t anyone else?

So, I’m considering volunteering elsewhere.  To be part of a team that shares your passion for cricket, football or bog-snorkelling is special.  I’d love to write for all of these sites, but I’d also like to eat.  There’s a particularly scary article by the Sports Journalists Association about working for free, which I try to keep in mind each time I come across yet another excellent website paying nothing.  But it’s hard.  I want to get my work out there.  All of these sites have numerous followers and boast considerable traffic, so why shouldn’t I volunteer?

It’s five weeks in for me.  I’m optimistic.  I’ve published a lot of stuff for WVoN, sorted out my website and blog (you’re reading it), I’m Linkedin and Tweeting like a maniac.  Now I’m considering and planning what to do next.  I have confidence in my product.  I know I may need some luck somewhere along the line, but if I do fail to make an impact, it won’t be through lack of effort.

I was there (well for most of it – to be explained later).

What a great night.  I must admit it was my first day-nighter and I loved every minute of it.

The ground was packed and the atmosphere electric.  It was great to feel the surge of support for the England team after its recent disappointing form.  The whole series against New Zealand was really special, as were the test matches.  There are just some teams who are really good to watch and New Zealand is top of that list – added to which they give off a good vibe of politeness and “niceness” that others don’t (sorry Australia, I do mean you).

The Kiwis batted well on a difficult pitch and England’s bowlers rarely looked threatening, even though they managed to take seven wickets by the end.  Stokes was patchy, as was Willey.  Wood and Finn were the best by a margin and Finn took a stunning catch on the boundary with the ball coming over his shoulder.  No-one could object that being replayed on the big screen again and again.  Special mention must also go to Adil Rashid.  England were sailing close the cutting-off time wind and needed to get some quick overs in so Morgan had to bowl him for two overs at the death, the first of which went for 28; the second, five.  Brilliant comeback from the spinner and brilliant to see his team mates run over as one to congratulate him.

So the stage was set, 350 to win in horrible sweeping drizzle.  Not a hope, I thought.  A couple of brief rain delays only served to heighten the tension.  Enter Alex Hales on his home ground.  I sat open mouthed and watched him go!  He and Jason Roy got England off to an amazing start and from there, to be honest, I don’t think the result was in doubt.

I’ve never been convinced by Eoin Morgan, but I can’t deny he has been brilliant this series.  He fully deserved the Man of the Match award, but he couldn’t have gone out there and played with the freedom he did without the base that the openers, and especially Hales, put down.  Good stuff from Root too.  Yes, I did shout “Rooooooooot” along with the rest.

So, 252 for 2.  All going beautifully.  And what did I do next?  Left to get the last train, that’s what.  Last train back to Market Harborough from Nottingham, 9.32pm.  Missed the last three quarters of an hour.  So, East Midlands Trains, what do you have to say for yourselves?  9.32pm?  Really?

I have a personal DAB radio and so we thought we’d follow it via TMS.  No signal.  No phone signal, no nothing.   There were several unhappy early-leavers in our carriage and luckily one had some sort of device that worked, so we kept up with what was going on and all cheered together when England won.

Ridiculously, we also recorded the Channel 5 highlights to see what we missed!

All in all, however, a fantastic experience.  You can’t beat cricket for drama, twists and turns and pure skill.  I love it! (But you probably knew that already).

I don’t know about you, but I really enjoyed #WSW2015 from 1-7 June.  I wrote five articles during the week, highlighting events coming up later this summer.  But having had a week to reflect on things, I have written up my thoughts in a new article for Women’s Views on News, published today.  And before you think it’s all wine and roses, take another look – I’m not so sure.  And I’m not afraid to say so. 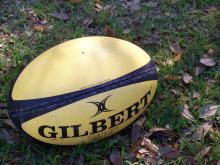 Shade Munro, former Coach of Glasgow Warriors (Scottish CLUB side) has left the club to take over as coach of the Scotland women’s NATIONAL side.  Fantastic for him, you may think.  A real step up to move from club to country.

Well, not according to David Kelso in the Glasgow Herald and the former players he has interviewed.

Apparently, “The move has been met with criticism and sympathy for Munro”.

“This is a massive slap in the face for Shade…To put him in charge of the women’s team would be an enormous demotion.”

Another ex-Glasgow forward, Muff Scobbie also weighs in with

“To offer him a job coaching women is such a waste of talent.”

It was with some trepidation that I read on to the comments section at the bottom of this article, only to be pleasantly surprised that the majority of the comments, mainly from men, took issue with the tone of the piece with one summing it up nicely,

“Well, what do you expect from David Kelso? Ignorant and proud of it from his previous mysognistic rants. Perhaps if someone interviewed Shade Munro we might get some truth.”

Exactly right.  Presumably Munro had to apply for the job?  He was “offered” it, so he could have turned it down if he’d considered it to be beneath him?  I’d certainly be interested to get the view from Munro himself.

Meanwhile Scottish women’s rugby has to suffer the indignity of being the butt of this shocking piece of sexist claptrap.  I thought the days of the women’s game, any game, being judged as a distant second class were slowly dying out, but not if this article is anything to go by. 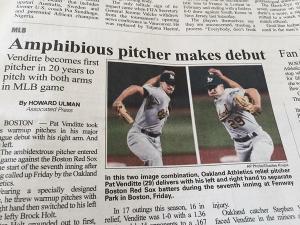 Yes, it’s real!  Has to be my favourite headline ever.  And yet, when I saw it, my first thoughts were “How did this get through?  Who was subbing this piece?  Have they still got a job?”.

The point I’m making is that in writing attention to detail is everything.  Everyone makes mistakes, but the job of the sub-editor is to make the chance of this kind of error as minimal as possible.

As a freelance writer, my work will usually be subbed by those to whom I am submitting the piece.  But who subs my blog posts?  Me.  I will go through it several times for sense, grammar and spelling before it is posted.  I can’t guarantee I’ll get it right every time, but I’ll do my best.

There’s no substitute for attention to detail.  At the risk of over-plugging my skills, I’d say it was something I’m quite good at.  If you don’t trust yourself to do it, always get a second pair of eyes to give it the once over.

In the meantime, have a good chuckle at this headline, and thank your lucky stars it wasn’t down to you…..

What better way to start this blog than in Women’s Sport Week?  I have been contributing to Women’s Sports Week for Women’s Views on News.  In a series of articles I have previewed the Women’s World Cup, Women’s Ashes, Netball World Cup and Solheim Cup.  #WSW2015.

I’m really looking forward to the World Cup.  It will be a perfect relief from the FIFA saga.  I can’t pretend I’m not worried about the France game on the 9th, but I still think England will qualify for the knockout stages.

I also enjoyed listening to the tennis today.  Sorry Andy Murray couldn’t make the final, but blown away by Serena Williams, for the umpteenth time.  So many people are negative about her, but I think she’s incredible, nothing more nor less.  She had to fight for every point today even when she was one set and 4-1 up.  Safarova deserves every credit, but Serena’s power and precision is just awesome (in the proper sense of the word).