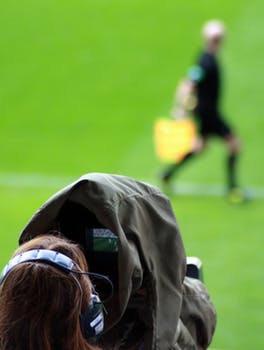 Welcome to this week’s column.  Apologies for last week’s no-show.  There were actually two-and-a-half thousand words of show prepared until my computer decided to turn it into gobbledygook.  Honestly, it was just a page of symbols and even after going through various technical forums and threads, I couldn’t turn it back.  And neither could I face writing it again.  The computer wasn’t thrown through the window, but it was a near thing….  This may be the equivalent of the angler’s “one that got away”, but I’m afraid it’s the sad truth.

Anyway, enough of last week and on to this.  Needless to say the football World Cup still dominates.  Last week’s column had plenty of my thoughts on the tournament so far, but they’re mostly redundant now.

Stories and news this week come from football, cycling, cricket, hockey and tennis.  Plus an “And finally” I hoped I would never have to write.

Just a couple of observations on the World Cup that I would have made last week.

Firstly, there’s been too much harassing of the referee, finger wagging and, dare I say it, diving.  These were traits largely unknown in the women’s game and generally agreed to be all the better for it.  So I’m hoping we can reverse this trend and go back to honest, respectful play.

Secondly, the refereeing has sometimes not been up to the standard required, with an over-reliance on VAR and a ridiculous number of penalties.

And thirdly, while we’re on the subject, VAR – why?

Anyway, we now know the 16 teams who will make up the round of 16.  I think I’m sticking by my predictions; France, USA, Netherlands.  Not sure Japan are in my sights anymore, even though they were excellent against England, but Germany have snuck onto my radar instead.  Still, I’m afraid to say, it’s not coming home.

Melissa Lawley has signed for Liverpool from Manchester City on a free transfer.

Lizzie Deignan won the 2019 Women’s Tour at the weekend.

She is the first woman to have won it twice.

She finished eighth in the final stage on Saturday, but also gained an extra second from a second place in an intermediate sprint, meaning she won the title by just two seconds.

So we had the top two seeds in the final, somewhat of a rare occurrence these days.  The final went the way of the top seed, Garcia, who beat Vekic in a tight three-set match 2-6 7-6 7-6.

By contrast, there were three unseeded players in the semi-finals of the Libema Open in the Netherlands.

Bertens was beaten in the final, however, by Riske in three sets.  Riske lost the first set to love, but then came back to take the other two 7-6 7-5.

This week sees the grass court season moves on to Birmingham and Mallorca.

We are at the quarter-final stage at the Mallorca Open.  The fixtures are as follows:

Heather Watson’s poor run of form continued in Birmingham as she exited in the first round to Barbora Strycova 6-3 3-6 4-6.  Harriet Dart also lost to Yulia Putintseva 6-1 6-4.

Jo Konta (7) made it safely through the first round, beating Anett Kontaveit 6-4 6-2 , but fell in the second to Jelena Ostapenko in straight sets 6-3 6-4.

Top seed Naomi Osaka fell in the second to the unseeded Yulia Putintseva 6-2 6-3.

We are now at the quarter-final stage:

GB lost again at the weekend with the Netherlands scoring late in the game with a goal from Kelly Jonker just ninety seconds from time.

GB also had two goals disallowed; firstly Izzy Petter’s shot was found to have hit Lily Owsley’s foot on the way, and then Giselle Ansley thought she’d scored from a penalty corner when the ball was adjudged not to have left the circle.

GB are now eighth in the table with just one game to go.

After completing a 3-0 whitewash in the 50-over format, in a largely uncompetitive and disappointing series, England are now looking to do the same in a three-match T20 series.  However, the hideous weather we have been having in England put paid to the first one without a ball being bowled in Northampton on Tuesday 18 June.

KSL side Yorkshire Diamonds have added no less than five new players to their squad for the 2019 and final Super League season.  It is safe to say the Diamonds have been perennial underperformers in the competition so far.

Ireland Women’s head coach Aaron Hamilton will leave his role early to return to Australia after four years in charge of the women’s side.

Cricket Ireland has released a statement in which it says that the search is now on for a successor to Hamilton, but in the meantime “interim arrangements” will be made in time for Ireland’s three ODIs and three T20s against Zimbabwe, which begin in July.

Women’s T20 cricket is on course to be included at the 2022 Commonwealth Games, which will be held in Birmingham.

It was proposed alongside beach volleyball and para-table tennis.  Two sports, shooting and archery, were rejected.  The three have been approved by the executive board of the Commonwealth Games Federation (CGF) and now the recommendation goes to a vote by the 71 member associations.  The result is due within six weeks.

If successful, the cricket tournament would be held at Edgbaston and would comprise eight teams.

I’m largely off Twitter for the duration of the World Cup and I’ve managed to ration how many comments sections on BBC articles I’ve looked at.  The levels of hate, misogyny and downright stupidity aimed at women playing football has reached new heights (as, I’m afraid, I feared it would).  It got to the point where it was seriously impairing my enjoyment of the game.

What I wasn’t prepared for this week was a comment on the BBC’s clip of Fran Wilson’s spectacular flying catch against the West Indies.  It was to the effect that she should have tried to catch it with a ball of the size used in men’s cricket.  It added the hash-tag #mansgame.  To add insult to injury, it was posted by a Leicestershire (my team) “fan”.

I thought we were (just about) over this in cricket.  Women cricketers (and fans, journalists and officials) suffered years of discrimination and have fought tirelessly to redress the balance.  Now we are on the way, but it seems there are still those dinosaurs out there.  I’d like to say here and now that although it’s a mild comment compared to some of the football filth, it’s not acceptable.

More seriously, I’m just hoping that this is not the tip of a general anti-women’s sport backlash.  We all know how much publicity it’s been getting recently and we also know how much this is resented in some quarters.

I’m away for a fortnight now.  More news about the future of the column on my return.