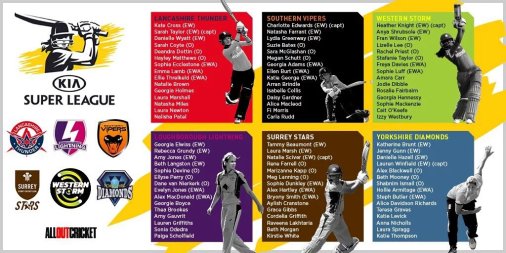 Welcome to this week’s column. Apologies for the lack of a column last week, but some of you may have seen I was invited to the Isle of Wight to watch the Magenta Project giving some professional female sailors the chance to sail a 32ft foiling catamaran. And most exciting it was too. Hopefully, if someone is interested enough, they will take the resulting article from me and you will all be able to read it. It’s such a great story and deserves to be spread far and wide.

Anyway, enough self promotion. This week I have stories from tennis, rugby union, football, cycling, golf, an Olympic snippet, cricket and a good-news “And finally” to send you into the weekend happy.

After her disappointing second round defeat at Wimbledon, Joanna Konta came storming back this week to win her first WTA title when she beat Venus Williams 7-5 5-7 6-2 in the Stanford Classic in California.

She looked to be cruising at 7-5 4-1, but Venus is never one to give up. She came back to win six out of the next seven games and take it to a deciding set.

Konta took the title on her third match point.

Her good form has continued into the Rogers Cup this week. She is now into the quarter finals after she beat American qualifier Vania King 7-5 6-1 in the third round and Varvara Lepchenko 6-3 6-2 in the fourth. Lepchenko beat British number three Naomi Broady in the first round, 6-4 3-6 6-3.

“The RFU is committed to supporting the growth of women’s rugby. We are immensely proud of England Women’s achievements and we want to provide the best support to continue this success.

“More women and girls in this country are playing rugby than ever before and England Women are important role models to encourage more people to try our sport.”

This is a seismic shift in the position of women’s rugby in England and will be key in the build-up to the World Cup in Ireland in 2017. Mind you, it also means that big things will be expected of the squad – if they could win the World Cup without contracts, what should they be able to do with them?

The Women’s Under-19s Euros have been taking place in Slovakia over the past two weeks – who knew? (and the answer to that is no-one if you just follow the mainstream sports media)

Switzerland took the lead just before half-time through Géraldine Reuteler. But an inspired substitution from France saw replacement Clara Mateo score in the 46th minute, set up another for Marie-Antoinette Katato in the 50th and put away the third and her second in the 54th minute to secure their place in the final.

The other semi-final was a thriller. Netherlands took the lead twice before succumbing to a hat-trick from Spain’s star striker Sandra Hernàndez.

Suzanne Admiraal scored the first for Netherlands in the 22nd minute, but Hernàndez struck back almost immediately to make it 1-1. Netherlands then took the lead for a second time through Jill Roord, but 10 minutes later Hernàndez scored her second to level it once again. Spain then made it 3-2 through defender Marta Cazalla, with Hernàndez completing her hat-trick in the 81st minute. Michelle Hendriks got a third for Netherlands, but it was nothing more than a consolation and Spain had booked their place in Sunday’s final.

The final is on Sunday 31 July. There is an excellent UEFA website dedicated to this tournament. If you would like to read more about it, here’s the link: http://www.uefa.com/womensunder19/

In the FAWSL Manchester City are looking more and more unbeatable. They demolished Notts County at Meadow Lane 5-1 to maintain their unbeaten record with 23 points from nine games – seven wins and two draws.

City took the lead after just five minutes through Jane Ross. On 25 minutes Jill Scott doubled the lead with a header. It was 4-0 at half-time when Ross scored a second on 41 and in injury time Georgia Stanway made it four. After half time, County pulled one back through a penalty, scored by Jess Clarke, but it was not to be the start of a comeback and Izzy Christiansen scored City’s fifth to inflict County’s worst defeat in the Women’s Super League.

Still no joy for the Belles as Chelsea ran out comfortable winners at Staines Town. Eni Aluko scored the first after 13 minutes, but this was the only goal in the first half and Doncaster must have gone in at the break with hope. However, they were unable to penetrate in the second half and Chelsea doubled their lead in the 68th minute through Ji So-Yun. Aluko got her second with seven minutes to go, and Beth England completed the rout in the 89th. Belles are still winless, and indeed pointless, after six games.

Early goals seem to be key to success, if this week’s results are anything to go by. Arsenal struck in the 10th minute through Vicky Losada. Jordan Nobbs made it two with a stunning strike on 24 after a fine passing move with Dan Carter at the heart of it. After the break, Carter herself grabbed a goal and Fara Williams the fourth for Arsenal from the penalty spot in the 53rd minute, after missing another penalty earlier in the game.

Reading were denied their first Super League win by German international, Isabelle Linden, who scored her first goal in English football on Sunday. Melissa Fletcher put the home side in front with a header early in the second half. Birmingham’s equaliser came on the 73rd minute and the points were shared.

The International Crown golf tournament was won by United States this week. This biennial competition, played in even-numbered years, is contested by eight countries determined by the World Ranking of the top four players from each country. Countries must have a minimum of four ranked players to be eligible. The top four ranked players from each qualifying country should make up their team, but if a player chooses not to or is unable to play, their place should be taken by the next ranking player.

The competition takes place over four days. It comprises three days of four-ball rounds and one of singles. After the four-balls, the bottom three countries are eliminated.

The eight countries finished in the following order: USA, Korea, England, Chinese Taipei, Japan, China, Thailand and Australia. The last three on this were eliminated after the four-balls.

England led after the first round of four-balls, but couldn’t maintain their good form. USA finished the tournament on 13 points, with Korea second on 12. England and Chinese Taipei tied for third on 11. The England team was made up of Charley Hull, Melissa Reid, Jodi Ewart Shadoff and Holly Clyburn.

It’s the Women’s British Open at Woburn this week and it’s good to see it on terrestrial TV. Check it out on BBC2 if you get the chance.

After the first round the leaderboard is as follows:

South Korea’s Mirim Lee made a storming start with a course-record 10 under 62. She is already three shots ahead of Ariya Jutanugam of Thailand with Shanshan Feng a further stroke behind in third. England’s Charley Hull, playing on her home course, had a steady start and is currently tied 11th on three under par.

In cycling, the 89km-long La Course took place on Sunday in Paris. Australian Chloe Hosking sprinted away down the Champs Élysées to win with Finland’s Lotta Lepisto in second and Marianne Vos third.

An interesting Olympic snippet has emerged this week. For the first time, the Australian team will have more men than women competing. It was a close-run thing, but the late expulsion of the Russian women’s rowing eight meant that the Australian squad was called-up as replacement.

“It’s about time the female athletes were given the credit, recognition and accolades they so richly deserve.”

I think we all agree with that, don’t we?

I wouldn’t be doing my cricket-promoting-loving job if I didn’t give one more plug to the Kia Super League, which starts on Saturday. The ECB has been on overdrive over the last fortnight, getting the women on TV, radio and in print wherever they can. Pity it hasn’t been a bit more of a consistent build-up to keep people thinking about it, but there we go. I’m hoping it’s not panic on the ECB’s behalf – I haven’t heard anything about ticket sales.

My WSUK colleague Simon Cafferty and I have previewed the six teams for WSUK; here’s the link http://www.womenssportsuk.com/cricket/.

It’s no secret that I’m backing my local team, Loughborough Lightning, for the title (which has probably put the mockers on them). I would encourage my readers to get out and see a game if they can. It’s not on television (scandal, no room to talk about that here), but there are several matches on Test Match Special on 5Live Sports Xtra.

Here are the fixtures again:

And finally, doctors gave her just a 1% chance of survival following a motorbike accident in Vietnam, but now Scottish judoka Stephanie Inglis is going home.

In the accident she suffered two neck fractures and a serious head injury. Whilst in hospital she contracted infections including pneumonia and septicaemia. She’s had deep vein thrombosis and was also unable to talk after undergoing a tracheotomy.

She has been in Edinburgh hospital for six weeks, but now returns to Inverness to continue her recovery.

A crowdfunding campaign, set up by her judo teammate and friend Khalid Ghelan, raised over £304,000 to help pay for her treatment in Bangkok.

She obviously has a fearsome amount of determination;

“My physio is helping me improve every day, I’m feeling much more confident on my feet plus I have an occupational therapist and a speech and language therapist, so I think my speech is back to normal.”

What can I say that won’t sound trite or insincere? Inspirational, humbling: definitely. And with that kind of drive and courage, who’s to say she can’t return to the top? A great way to end this week’s column.